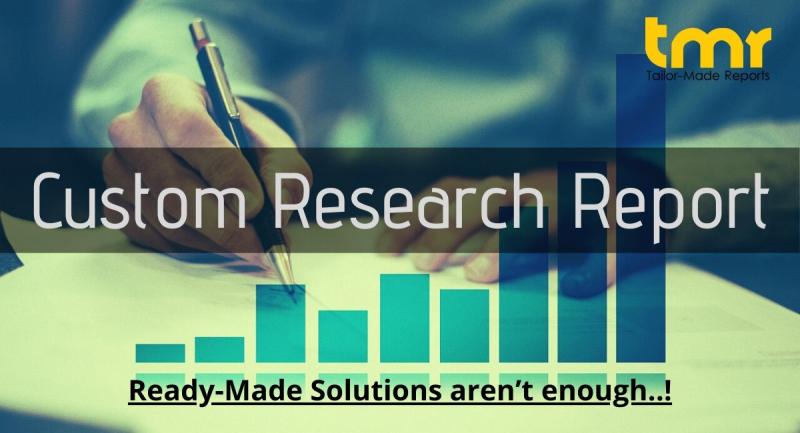 The global sensors market is prophesied to record a healthy CAGR during the forecast period 2017–2025 on account of the growing application of intelligent management and monitoring in the smart systems industry. Distributed sensor networks are heavily engaged for transmitting control instructions and valuable measurement information after interconnecting the devices in networked embedded systems. In today’s era of smart technologies, vendors could take advantage of key applications such as assembling infrastructure systems, intelligent transportation, smart water networks, smart homes, and smart grids with the use of sensors.

The global sensors market is envisioned to witness the advent of more efficient products with superior sensing quality. For instance, in late 2016, the HC1100 single-chip offering was launched in the global sensors market via a joint effort by HMicro and STMicroelectronics. HC1100 is considered to be applicable for disposable, clinical-grade biosensors and smart patches. Electrocardiogram, vital sign monitoring, and other wired wearable devices could be especially benefited with such biosensors and smart patches. As a result, the rising requirement of such devices is projected to propel the growth of the global sensors market throughout the forecast period.

The coveted application of sensors in smartphones for improving user interface experience is foreseen to rake in a telling demand in the global sensors market. More number of leading smartphone manufacturers are anticipated to demand sensors at a significant rate. Google claims to boast of the best-ever smartphone camera in history after it launched Pixel in 2016, featuring the Sony IMX378 sensor.

In recent times, the increasing trend of automation is providing a thrust to the global sensors market. Sensors form the backbone of automated systems. The market has witnessed a tremendous transformational leap with the rapid advancements in the sensor technology. With advancements, there has been a considerable expansion in the scope of applications of sensors. They are used across numerous industrial verticals including automotive, consumer electronics, oil and gas, healthcare, utility, and manufacturing and for a myriad of parameters such as temperature, level, position, pressure, image, light, motion, and magnetic field.

The report serves as a repository of analysis and data regarding several critical parameters of the global sensors market including value chain analysis, its dynamics, geographical segmentation, and competitive landscape. It takes into account the historical statistics and the current scenario to estimate the future trends of the market. It profiles prominent players in the market along with their business strategies, market shares, contact information, revenue generation, and latest developments. It performs SWOT analysis on key players to derive the growth trajectory each player will experience.

The proliferation of consumer electronics is providing a fillip to the global sensors market. The manufacturing of consumer electronics demands a large number of sensors such as pressure sensors, motion sensors, and image sensors. In addition, the rising implementation of fingerprint sensors in smartphones and wearable devices is augmenting the market. Moreover, the emergence of wireless technology is working in favor of the growth of the market. Sensors play a critical part in the proper functioning of wireless platforms. Furthermore, the growing need for real-time analysis is triggering their demand. On the other hand, the declining prices of sensors are adversely affecting the overall revenue generation of the market. However, the booming trend of miniaturization is creating ample growth opportunities for the market.

The key regional markets covered in the report are Asia Pacific, Europe, North America, and Rest of the World. Asia Pacific will be a prominent market throughout the forecast period. The presence of a large number of manufacturing facilities and the flourishing growth of various end-user industries are providing a fillip to the growth of the region. The cheap cost of labor and less stringent government regulations are attracting several multinational companies to set up their manufacturing plants in the region. North America will also account for a large share in the market, thanks to the rapid advancements in the field of sensor technology in the region.

Request TOC of the Report @ https://www.tmrresearch.com/sample/sample?flag=T&rep_id=617

Key players in the global sensors market are paying high attention of technological advancements to stay relevant. They are pouring large funds into the research and development of novel and innovative sensors to differentiate their offerings and gain a competitive edge over their peers. Mergers and acquisitions are commonly adopted strategies by them to expand their business across different geographies.

The immense potential of the market along with low entry barriers are attracting a large number of new players to invest in the market. The influx of new manufacturers is expected to intensify the competition in the market in the near future. Some of the prominent players in the global sensors market are Texas Instruments Inc., TE Connectivity Ltd., Infineon Technologies AG, Honeywell International Inc., Robert Bosch GmbH, ABB Ltd., Siemens AG, Emerson Electric Company, Omron Corporation, NXP Semiconductor N.V., and ARM Holdings Plc.